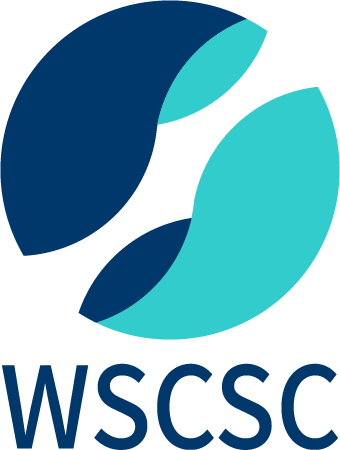 Bijnan Bandyopadhyay (Fellow, IEEE/the Indian National Academy of Engineering/National Academy of Sciences, India/the Indian Academy of Sciences) received the Ph.D. degree in electrical engineering from the Indian Institute of Technology (IIT) Delhi, New Delhi, India, in 1986. In 1987, he joined the Systems and Control Engineering Group, IIT Bombay, Mumbai, India, as a Faculty Member, and is currently a Professor. In 1996, he was with the Lehrstuhl fur Eleck-trische Steuerung und Regelung, RUB, Bochum, Germany, as an Alexander von Humboldt Fellow. He has 400 publications that include monographs, book chapters, journal articles, and conference papers. He has guided 38 Ph.D. dissertations at IIT Bombay. His research interests include the areas of multirate output feedback based discrete-time sliding mode control, event-triggered sliding mode control, and nuclear reactor control.,Prof. Bandyopadhyay served as the Co-Chairman of the International Organization Committee and as the Chairman of the Local Arrangements Committee for the IEEE ICIT, Goa, India, in 2000. He also served as one of the General Chairs of the IEEE ICIT Conference, Mumbai, India, in 2006. He has served as the General Chair for the IEEE International Workshop on VSSSMC, Mumbai, India, 2012. He has also served as an Associate Editor for the IEEE Transactions on Industrial Electronics and IEEE/ASME Transactions on Mechatronics. He is currently serving as an Associate Editor for the IET Control Theory & Applications. He was awarded the IEEE Distinguished Lecturer of IEEE IE Society in 2019. He was awarded Distinguished Visiting Fellow by the Royal Academy of Engineering, London, U.K., in 2009 and 2012.

Abstract: In recent years, COVID-19 epidemic prevention and control, the construction of smart city has played a positive role. Many places have built an all-around and three-dimensional epidemic prevention and control system through grid management precision control, big data analysis precision judgment, mobile terminal connectivity, and city brain comprehensive command, which has significantly improved the agility and accuracy of responding to the epidemic. Many applications of new-generation information technologies, such as big data, artificial intelligence, cloud computing, blockchain and 5G, have provided efficient services for fighting the epidemic.

Abstract: Hydraulic machinery is widely used in industrial and agricultural fields for the delivery of water and other liquid mediums. It is usually filled with fully developed turbulence, and its characteristics are difficult to predict. The analysis of internal flow in hydraulic machinery is conducive to solving the problem of unstable operation caused by turbulence. Computational fluid dynamics (CFD) based mode decomposition of flow field has become popular in recent years. It can greatly reduce the complexity of the flow field, so that each mode represents the specific energy information or frequency information of the flow field. After the low energy mode is removed, the data volume of the high energy mode is greatly reduced. This method is also conducive to effectively summarizing the universal laws of similar flows. After the flow mode is split, machine learning can be used to replace CFD. This application can greatly reduce the prediction time and provide a new solution for future flow analysis. It is also helpful for us to have a better understanding of water flow and other liquid flow in engineering cases. Biography: Muhyiddine Jradi, PhD, is an Associate Professor in Energy Engineering and the leader of the Building Energy Modelling and Simulation Group at the Center of Energy Informatics at the University of Southern Denmark. He has a mechanical engineering background and received his PhD degree in Sustainable Building and Energy Technologies from the University of Nottingham, in 2014. Dr Jradi’s main research interests include energy efficient systems, building energy modelling and simulation, energy renovation, multi-generation systems, energy systems numerical modelling and simulation, renewable energy and energy storage. Dr Jradi is currently leading and taking part in multiple international research projects in collaboration with industrial partners and public parities with funding exceeding 6 million USD. In addition, he is serving as a member of multiple journal editorial boards and international conferences’ scientific committees. He has received multiple awards including the Dean of Engineering Research Scholarship for International Excellence from the University of Nottingham and the Sakkal Renewable Energy Award from the American University of Beirut. Dr Jradi research work has led to more than 150 academic publications in leading journals and international conferences.

Speech Title: Towards Smart and Energy Efficient Buildings and Communities

Abstract: Buildings and building blocks are considered key components in most of the national and international legislation and initiatives aiming to reduce energy consumption and the corresponding emissions and achieve energy and environmental goals. However, most of the efforts and investigations reported in recent years have concentrated on the energy-efficient design and performance improvement of single buildings or limited clusters of buildings. Considering the transition towards interconnected cities and communities and the widespread evolution of smart and flexible thermal and electrical grids and microgrids, there is an urgent need to scale up the effort from energy efficient single buildings and clusters to interconnected, energy-efficient, and flexible cities and neighborhoods. In this talk, recent advancements in the field of building energy performance optimization and improvement using dynamic energy modeling will be presented. In addition, a holistic approach to upscaling the effort and improving the energy design of smart communities and districts will be highlighted. In this regard, a case study of an actual district in Denmark will be demonstrated.